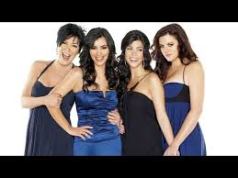 Whether you admire them or not, the Kardashians wouldn’t be where they are if they were not astute business people. Some may even say they’re are ruthless in protecting what they see as their domain. That they’re  have been reported to have sued  Black Chyna, their brother’s fiancée of a sort, to prevent her from trademarking her name to be – Angela Renee Kardashian, is even more vicious than I could imagine: They allege that their brand would suffer damage including irreparable injury to their reputation and goodwill. Wow! True daughters of an American Lawyer! They are not racists by any means, so this must be a sisters’ gang-up on a brother’s betrothed who’s not good enough for their brother. A catty fight. Army ants marching against an intruder queen. They’d not even wait for an actual trademark infringement and are suing just for the possibility of it?

Can you trademark a name? Apparently, you can if the name is considered distinctive enough or if the name is already well known and established in a line of business such that it’s associated with you by default. I feel certain that Blac Chyna can, at least, trademark her full name: Angela Renee Kardashian and, with Rob’s consent and partnership, even ‘Kardashian’, as he has every right to that name as any of the others. It’d be interesting to see what the courts decide. Personality brands are very delicate and is all about perceptions; the Kardashians could see themselves being perceived as greedy and aggressive, and they could end up being the ones causing irreparable damage and injury to their brand.